Our previous report examined the relative cost per mile to fuel electric vehicles (EVs) and internal combustion engine (ICE) vehicles. Relative electricity and gasoline prices are the only variable that affect the attractiveness of each technology – drivers in each state also have distinct driving habits, including the total distance driven each year and the balance between city and highway driving.

This third report in our series on EVs and ICEs examines the impact of state-level differences in the estimated annual vehicle miles driven, on the relative fuel costs for EVs and ICEs. In this analysis, we apply the results from our previous report to calculate the total annual fuel costs to drive a Chevy Bolt or a Chevy Cruze in 2016, based on the average annual miles driven per state. 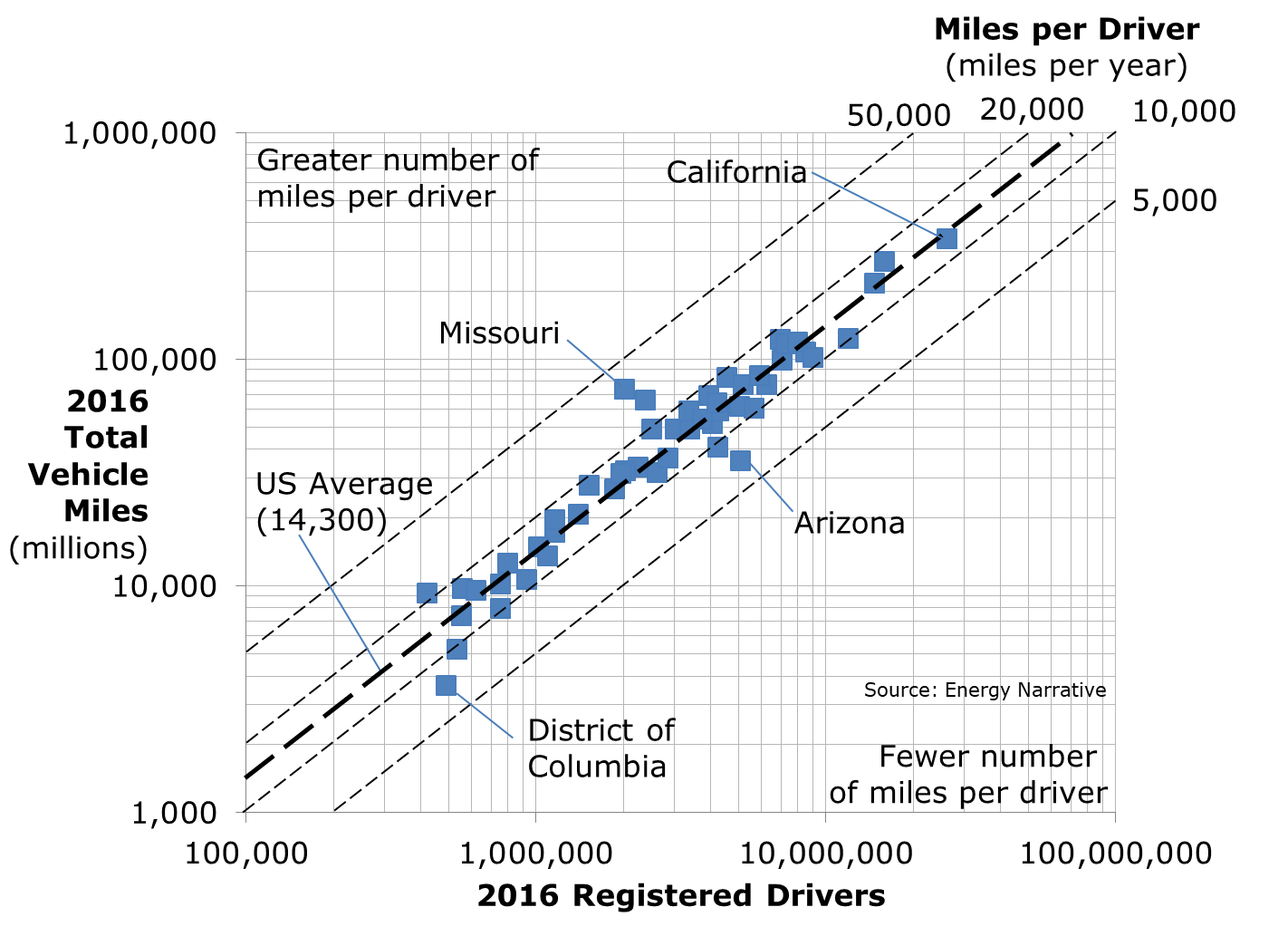 Based on this methodology, the calculated annual miles per registered driver for most states lie within a relatively tight band around the national average of just over 14,300 miles per year.  Notable outliers include the District of Columbia (7,400) and Arizona (7,000) on the lower end, and Missouri (36,700) on the higher end. 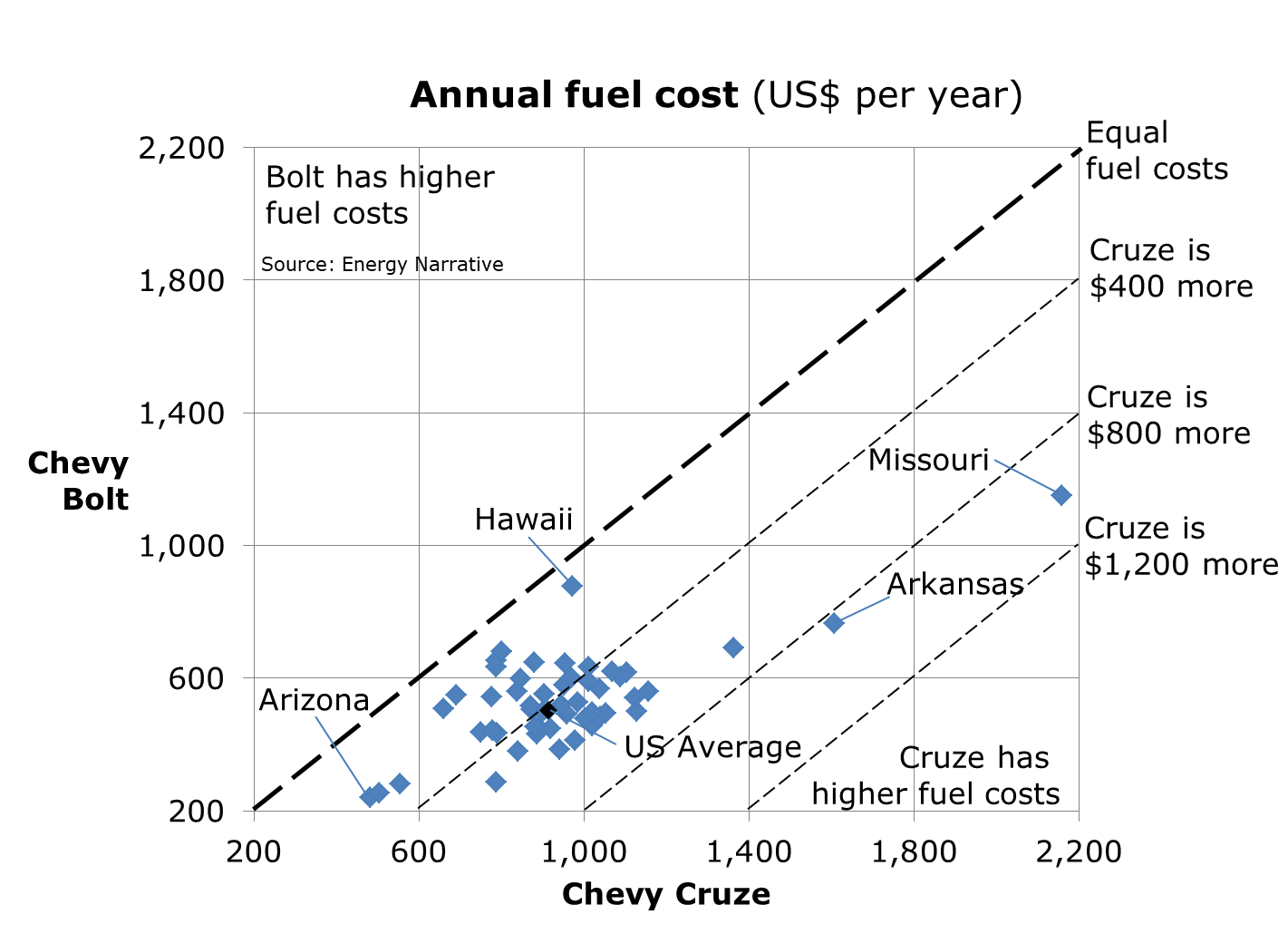 While drivers in states with higher fuel cost savings are most likely to reap the benefits of switching from an ICE to an EV, the difference in the purchase price of each vehicle (including any state or federal tax incentives or subsidies) must also be factored in to calculate the total cost to own each in each state.

Our next report in this series will compare how different driving habits affect the fuel costs for the same two cars. A fifth report will then consider differences in vehicle fuel economy across different EV and ICE models..